Whining to Get a Point Across 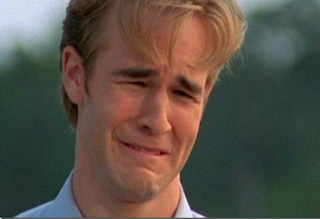 I forgive myself that I have accepted and allowed myself to use whining as a way to direct a situation that emerged instead of realizing that the very point of whining is actually me becoming diminished to the person that I am whining to, and the situation.

I forgive myself that I have accepted and allowed myself to believe that if I whine enough, I will produce results that will support my perspective of what it is that I am whining about to make my perspective of what I am whining about more 'credible' instead of realizing that this is actually me manipulating my words and behavior, and within that manipulation, diminishing myself to those words and behaviors rather than being self-honest in relation to situation, seeing the situation for what it is, and providing a practical solution that is livable.

I commit myself to, when I am communicating to someone about a point -- to ensure that my voice tonality does not become an effect from an emotional reaction which can be assessed by the changes within my voice tonality.

I commit myself to be aware of when my voice tonality in communication changes, and assess if there is any pressure / buildup / churning that emerges or takes place within my stomach region (similar to the butterflies-in-the-stomach experience), and my chest area (such as a pressure or build-up in my chest region) because I realize that when there are changes in my body concomitant to (which means 'followed by' or accompanying) a raise in my voice tonality, that this is a tell-tale sign that I am reacting to a person / people / a situation because of changes within my body that were either not originally present before the dispute with the other person / people or changes in my body that were already present within myself that created the intent of wanting justify a point through 'whining' and 'emotional reaction'.

Email ThisBlogThis!Share to TwitterShare to FacebookShare to Pinterest
Labels: Journey to Life Blogs